Light therapy treatments, or photobiomodulation (PBM), has been a subject of heated debates and numerous attacks. Many skeptics and people distant from the science are questioning the benefits of photobiomodulation. Some of them out right rejecting the existence of the therapeutic benefits. Thus, using red and near infrared light (NIR) for therapeutic effects has become a battleground and a source of hope for many.

The fact of the matter is that the benefits, or their absence, can become apparent only through rigorous scientific research and studies. Many of such studies are under way. Neuroscientists and other researchers are working and collaborating to study many possible applications for light therapy. The numerous studies, that are underway, range from small exploratory studies to large-scale clinical studies. Furthermore, the focus of research also ranges significantly. Some explore the effects of near infrared light on people with Alzheimer’s Disease. Others explore the efficacy of the NIR and red-light therapies in treatment of carpal tunnel syndrome. The range of possible applications for PBM seems boundless and literally extends from head to toes.

Over the last decade, scientists have been testing the effects of NIR in treatment of neurological and psychiatric traumas. Post-Traumatic Stress Disorder (PTSD), Traumatic Brain Injury (TBI), and polychronic psychological trauma are all subjects to ongoing exploration. The attraction to use photobiomodulation in treatment of such complex neurological and psychiatric traumas and disorders is mainly threefold. One, it is very cost-effective. Two, it offers a non-invasive alternative to common first-line treatments. The last, but, surely, not the least, the PBM therapies can be easily administered at home by the effected individuals.

To facilitate further discussion about photobiomodulation, we asked researchers, who directly study PBM, to share their experiences and knowledge. One of them is Prof. Margaret Naeser, Ph.D, Research Professor of Neurology, Boston University School of Medicine. Prof. Naeser has been studying and practicing photomedicine and light therapy treatments for well over three decades. Some of the most reputable scientific publications have published her work. Many others based their scientific work in the area of light therapy on her published research.

We had a very long chat with Prof. Naeser. Below is the first part of incredibly enlightening conversation which also brought a glimpse of hope.

We finished the work with stroke and laser therapy in the 1980s. In the 1990s we treated pain in carpal tunnel syndrome with light therapy. Actually, it was red-beam laser. That research was published in an AMA journal, the Archives of Physical Medicine and Rehabilitation, in 2002.

In 2007 I got a phone call from Massachusetts General Hospital, Wellman Center for Photomedicine, very famous center. Mike Hamblin called me out of the blue. I didn’t know them then. He said: “I’d like to speak to Margaret Naeser”, and I said that this was Margaret Naeser. He said: “Margaret, we want to talk to you. You’re the only person we can find in the entire VA (Veteran Affairs) hospital system who’s ever published something on Low Level Laser Therapy (LLLT), and it’s in the Archives of Physical 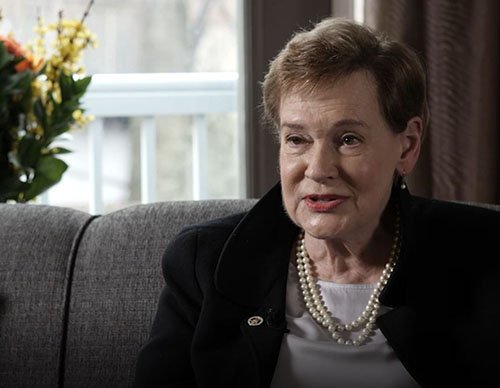 Medicine and Rehabilitation 2002. We want to use it on the brain to treat the soldiers coming back from Iraq and Afghanistan”. And I was just floored. I couldn’t believe you could deliver photons to the brain.

From curiosity to practice

I was really curious because there were a few papers being published on the use of laser therapy to treat paralysis in stroke. At that time I was working with stroke patients who had aphasia. I also was invited to Shanghai, China, to learn more about the laser therapies. There I lived for two months, and I got to use my Chinese. I also did do research on the application of laser therapies in treating paralysis in stroke. That was at the Boston VA Medical Center in the 1980s. At that time I made several trips to Germany. I learned a lot about laser therapies in Germany and in Austria, and, I might say, in German.

I brought a lot of it back to the Boston VA Medical Center. We worked there originally with stroke and paralysis. Then, in 2002, we published a paper on treating pain in carpal tunnel syndrome with red-beam laser light. That work was published in 2002, Archives of Physical Medicine and Rehabilitation, an American Medical Association journal.

Getting back to 2007 and the call that came from Massachusetts General Hospital, Harvard Medical School. Thus, Michael R. Hamblin, Ph.D., famous researcher at Mass General Hospital, called me. He wanted to use red and near-infrared light to heal the brains for the soldiers coming back from Iraq and Afghanistan.

I was at first very skeptical about what Michael Hamblin told me. He was sure that we could deliver photons into the brain by placing the laser or LED on the scalp. I just was so skeptical. Perhaps, because I was mostly treating the arm or the leg with paralysis or pain, as in carpal tunnel syndrome.

Regardless, I agreed to work with him. We put our ideas together, and he was right. Later, we did publish our first paper on the use of transcranial light emitting diodes to improve thinking and cognition in traumatic brain injury. That was also with Anita Saltmarche. We only had two cases, but both did well, and some of the treatments were done at home. All that was very impressive to me. Particularly the fact that you could have therapy that could be done by the patient, him or herself, at home.

From then on, we started working on a study with eleven traumatic brain injury cases. Those subjects were getting treatment at Harvard Medical School at Spaulding Rehabilitation Hospital. The Chief of Rehabilitation there, Dr. Ross Zafonte, agreed that we would do the work there. It was possible because Dr. Michael Hamblin was part of the Harvard Medical School, and I was willing to try that.

We published our findings in a paper in 2014. All of the patients did well. They improved by one or two standard deviations in executive function and verbal memory. There were four cases of the 11 who had PTSD, Post-Traumatic Stress Disorder. They all improved very dramatically. We decided to continue on with that. We worked with different pieces of equipment over time, and we’re still doing it at the Boston VA Medical Center.

Right now we’re working with football players. These are retired professional football players who might be developing CTE, Chronic Traumatic Encephalopathy. That material was in the poster which we presented at the 2019 International Brain Injury Association meeting in Toronto.