Role of Creative Discovery and Chance, and iPBM 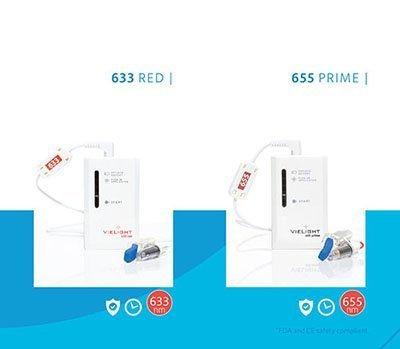 Before delving into a seemingly esoteric subject of intranasal photobiomodulation (iPBM), it makes sense to acknowledge the process of creative discovery.

Every invention started with an idea. Some ideas were products of lucky accidents, leading to a discovery. Ultimately, a few happy flukes ended up spearheading innovations, often very important ones. These serendipitous discoveries usually happened to those who were prepared to recognize and to understand them. For example, the principle of the microwave oven was discovered by accident. Thus, during an experiment a chocolate bar melted in the researcher’s pocket, triggering a series of scientific ideas and conclusions.

In some cases, time was critical in gaining knowledge of the subject matter to make the idea work. Consequently, some inventions took a long time to develop. From an idea to execution of a functional product, years, decades, sometimes centuries, could pass. Such was the case with the helicopter and sewing machine concepts, which Leonardo da Vinci envisioned during Renaissance.

Potentially numerous, implications and applications of this finding can have significant impact. Meanwhile, it answers an important question regarding the delivery and effects of the systemic iPBM technique. Furthermore, unintendedly, this study provided strong scientific explanation and validation of the systemic effects of intranasal photobiomodulation.

The data from the previous years of research was pointing to the fact that the blood absorbed red light energy. This was the initial stage in the blood PBM process. Following the absorption, the blood delivered the energy of the light throughout the body. It is during this delivery stage that stimulation of and increase in mitochondrial activity happened. Consequently, following the latter stage, systemic effects of intranasal photobiomodulation presented themselves. Later studies supported the hypothesis of increased cellular functions and, ultimately, gene transcription.

Research Supports the Benefits of Photobiomodulation Numerous research studies have been published over the last decade supporting the benefits of photobiomodulation in various applications. For example, in the paper published in the Photobiomodulation, Photomedicine and Laser Surgery, by Ann Liebert et al, the authors state: “It is generally accepted that the single most important chromophore in the red and near infrared (NIR) regions of the spectrum is cytochrome c oxidase (CCO). CCO is unit IV of the mitochondrial respiratory chain. When CCO absorbs light, the enzyme activity increases. Consequently, it leads to increased electron transport, more oxygen consumption, higher mitochondrial membrane potential, and increased ATP production.1 Signaling molecules are produced, including a brief burst of reactive oxygen species (ROS), nitric oxide, cyclic AMP, and movements in intracellular calcium.

Furthermore, AMIS Press published an important paper entitled Mechanisms and applications of the anti-inflammatory effects of photobiomodulation (M. Hamblin 2017). There, Dr. Hamblin notes: “… One of the most reproducible effects of PBM is an overall reduction in inflammation, …”. Overall reduction in inflamation is a factor that speaks to general systemic effect that photobiomodulation can induce. This finding warrants more studies in order to examine further this systemic effect and its implications.

The Anatomy of Systemic iPBM

The hypothesis is that the blood is the primary carrier of the light energy absorbed during PBM sessions. This assumption triggered anatomic research to pinpoint areas with a good access to the bloodstream. The rational was that placement of a PBM source in such areas could provide the best setup for blood PBM to induce systemic effects.

At this point it makes sense to revisit the creative discovery principle. The process of new and imaginative thinking guided and helped to formulate the idea of a nasal applicator. Thus, the nasal applicator was a simple and elegant solution for the PBM delivery method and the light source placement.

Connecting more dots, the research by French scientists, who found free-floating mitochondria in the blood, validates the intranasal PBM concept. Putting aside the complexities of the science behind this discovery, its importance is undeniable. In terms of PBM, the free-floating mitochondria helps to explain the systemic effect nature of the intranasal photobiomodulation approach.