What Can A Chronic Stroke Patients Study Reveal?

What Can A Chronic Stroke Patients Study Reveal?

What can a research study reveal and where can it lead? These are the main questions that we are discussing in this blog post. Hence, focusing on the subject of what a chronic stroke patients study can tell, we take a dive into a researcher’s world of science, analysis and discovery. 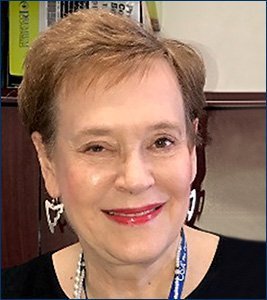 Last month we published an interview with Margaret Naeser, PhD, located at the VA Boston Healthcare System, and Research Professor of Neurology, Boston University School of Medicine. She shared many very interesting facts from her research work in transcranial photobiomodulation.

This month we continue our interview with Prof. Naeser. We asked her to elaborate on other directions in her research which is very significant in scope. This time we asked Prof. Naeser only one question. Her answer was much more than what we could hope for, and you can read it below.

Why have you chosen your areas of research and what would be the potential benefits of transcranial photobiomodulation (tPBM) in those areas?

My first area of tPBM research was with traumatic brain injury (TBI), and it was chosen for me. In 2007, Michael R. Hamblin, PhD, from Massachusetts General Hospital, Harvard Medical School contacted me, at the Boston VA Medical Center, to see if the Department of Veterans Affairs would be interested to use tPBM to help treat soldiers returning from Iraq and Afghanistan, who may have cognitive problems following TBI and IED blast exposure.

Dr. Hamblin was aware that a paper was about to be published in the medical journal, Stroke. This paper was showing that tPBM, using a near infrared light (NIR) wavelength of light, could penetrate through skin, skull and the meninges to reach brain cortex, to help reduce symptom severity in acute stroke patients. (Lampl et al., 2007.) Consequently, I agreed to follow up on this. Since then, we have published three TBI papers. Our papers show improved cognition in chronic TBI, following a series of tPBM treatments. (Naeser et al., 2011; 2014; and 2016 review.) We were able to conduct an open-protocol study using transcranial, light-emitting diodes (tLED) with 11 chronic, TBI cases. This study was done through Dr. Ross Zafonte, Spaulding Rehabilitation Hospital, Harvard Medical School, Boston.

Because we observed significant improvements following a series of tLED treatments in the chronic TBI cases, we decided to try a tLED protocol with chronic stroke patients who had language problems (aphasia), due to a stroke located in the left hemisphere of the brain.

To summarize, I have over 35 years of brain imaging research with chronic stroke patients, who have aphasia. This, for example, included studying exactly where, within the left hemisphere of the brain, the damage was located. Thus, I used CT scans and MRI scans for this research to pinpoint the lesion sites. Based on those lesion site locations, we studied stroke recovery. We worked on predicting potential for recovery of speech and language comprehension at 1 year after the stroke. Also, from 1999 – 2013, my lab had explored the use of repetitive, transcranial magnetic brain stimulation (rTMS) to improve language in chronic stroke patients with aphasia. Our rTMS research with Dr. Alvaro Pascual-Leone, Harvard Medical School, showed that language could be improved with this method.

Thus, I had experience in working with brain plasticity. I wanted to explore other non-invasive brain stimulation methods for patients with brain damage.  I was especially interested to explore the use of tLED, because it had the potential for self-administered, home treatments.

The tLED protocol for TBI included placement of the LED cluster heads on both sides of the head/brain and all along the midline of the head, from front hairline to back hairline, including both the left and right supplementary motor areas, SMAs at the top of the head. This tLED protocol was helpful for the TBI cases, because they had damage in both sides of the head/brain. However, our best results for treating stroke patients with left hemisphere stroke, who had aphasia, was to only place the LED cluster heads on the same side of the head, as where the stroke had occurred (left side, in aphasia patients), plus only two LED placements on the midline of the head (mesial prefrontal cortex and precuneus which are cortical nodes of the Default Mode Network).

Expanding application of our optimal tPBM treatment protocol for language.

The same, optimal tLED treatment protocol we worked out for the left-hemisphere stroke patients with aphasia, is now the tLED placement protocol we think could be helpful in autism spectrum (ASD) and Down Syndrome (DS). Impaired language is often a major problem in children with ASD and DS.

The tLED placements include two midline placements on the Default Mode Network (mesial prefrontal cortex and precuneus) and over the language areas of the left hemisphere (Broca’s area, Wernicke’s area and other left perisylvian language areas). We have a few anecdotal case reports suggesting this tLED protocol was helpful to improve language in children with DS. In these cases, the parents have been treating the children at home. The improvements included new production of complete sentences, vs. only single words prior to the tLED intervention. (Anita Saltmarche, BScN, MHSc, personal communication.) We need to do more research in this area.

For example, our tLED research with the retired, professional football players who are possibly developing CTE, originated from our tLED research protocol with the chronic TBI cases, plus the dementia study done in Toronto. (Saltmarche, Naeser et al., 2017.)

We continue to be optimistic about the rapidly advancing tLED technology. We are encouraged regarding potential application of red and near-infrared LEDs to help treat other central nervous system disorders. Our goal is to improve quality of life for as long as possible. It is especially important for those who have progressive neurodegenerative disease such as dementia and Alzheimer’s Disease, as well as the professional athletes who have suffered repetitive head impacts and are possibly developing CTE.  As I noted above, we need to do more research studies.