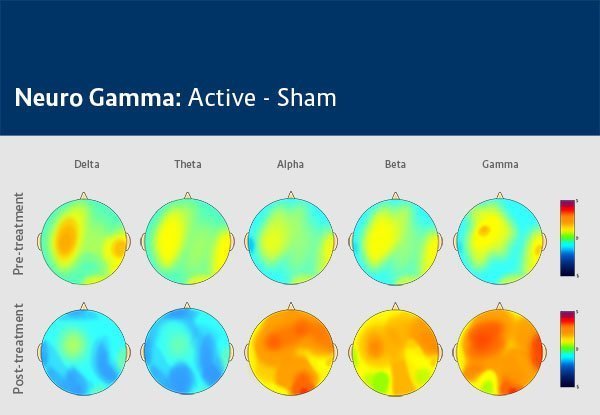 Brain stimulation is a term that may sound both familiar and distant to many. What about the terms brain stimulation using light energy or non-invasive brain stimulation? How about transcranial photobiomodulation? Often enough you hear words that seem simple to understand, but, somehow, they create a fuzzy aura of vagueness and mystery. This is particularly common with subjects related to science. Avoiding that strange feeling of being “the stupid one” is something that everyone desires. Thus, before digging deeper into scientific, technical and beneficial aspects of brain stimulation, it appears important to clarify what exactly it is.

Context and Meaning of the Term Brain Stimulation

In the absence of a clear context, this subject can present numerous inferences. A more specific context would be helpful in better understanding the meaning of the term brain stimulation. In some cases, unfortunately, too often, terms like this one are thrown around without much clarity and specific context. In others, they represent a scientific or medical lingo, and can cause moments of intellectual discomfort to a layperson.

Thus, in reference to a healthy individual with no brain related abnormalities, the term “brain stimulation” can mean a few things. For example, maximization of this individual’s cognitive abilities through some form of brain stimulation is one, somewhat generic, option. By establishing these references, you can draw a more cohesive concept that is much easier to understand. Meanwhile, additional information, which can further clarify this concept and process, is still missing. For example, there is no specific reference to the form of stimulation, which is an important condition. There are numerous ways in which a brain can be stimulated, and some are more complex and invasive than others.

You are probably noticing how more contextual clarity can help to define and simplify your understanding of new complex terminology. Now that this matter is out of the way, let’s dive a little deeper into the subject of brain stimulation.

Without getting deep into complex neurological and medical aspects of various form of brain stimulation, let’s discuss what they are. 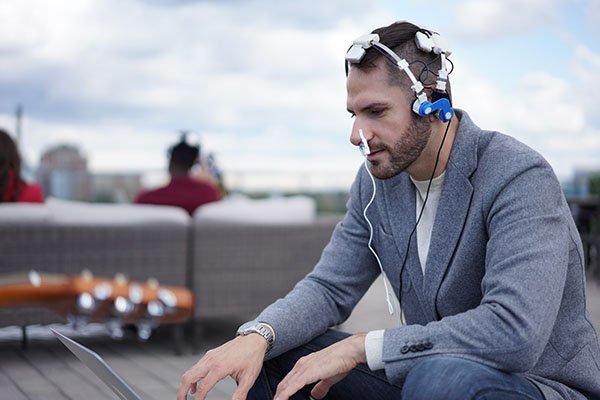 As new technologies evolve, new modalities for therapies emerge. Light therapy, or photobiomodulation (PBM), has been known and studied considerably for over half a century. Recently, a body of promising evidence has emerged from new research in support of the concept of transcranial photobiomodulation (tPBM). Research studies show that near infrared light (NIR) can penetrate the skull deep enough to reach the brain. Moreover, the studies also show that NIR can affect the brain in a number of meaningful ways.

Thus, the scientists observed that following tPBM sessions using a Vielight Neuro Gamma device, subjects presented increased interconnectivity between influential parts of the brain’s Default Mode Network (DMN). (L.L. Chao, 2019). DMN is an important cluster of brain regions responsible for the resting state of brain. Expressly, DMN enables brain activity during periods of rest, when you do not engage in any specific task. Furthermore, DMN engages in the social working memory (SWM). You use social working memory when you are navigating your social world. For example, SWM engages when you may think of friends, colleagues, others’ beliefs and other social paradigms. (M. Meyer & M. Lieberman, Social Working Memory: Neurocognitive Networks and Directions for Future Research, 2012).

The Dr. Chao finding is highly valuable for a number of reasons. One of them is the relationship between DMN functionality and Alzheimer’s Disease. Thus, functional connectivity in the DMN is disrupted in the brains of those suffering from Alzheimer Disease. The transcranial LED modules of the Vielight Neuro devices are specifically designed for placements that target the nodes of the DMN. This fact could potentially explain the increased functional connectivity in Alzheimer’s subjects observed by Dr. Chao.

When it comes to neurodegenerative conditions or an impairment in the brain, tPBM is showing promise. The range of research for applications of tPBM with NIR stimulation is increasing. Today it includes such complex neurodegenerative disorders like Alzheimer’s Disease and Parkinson’s Disease, as well as PTSD, stroke and depression. (Berman 2017).

Furthermore, a recently published exploratory study has shown more evidence of the positive effects from brain stimulation by transcranial photobiomodulation. (R. Zamorrodi et al, 2019). The subjects in this study were healthy individuals. It presents that even a single twenty-minute tPBM session, using a Vielight Neuro Gamma device, causes significant changes in brain oscillations.

What are brain oscillations?

Brain oscillations, or neural oscillations, are forms of repetitive electrical activity in the brain. They are considered important building blocks in sensory-cognitive processes. (E. Basar, Dialogues in Clinical Neuroscience, 2013). Moreover, brain oscillations are attributable to firings of neurons in the brain, and can vary in frequency, power and phase. These three parameters are measurable and linkable to certain brain states and activities. The insights from the above study can help to optimize tPBM parameters for brains. Optimization can be done for normal brains, those with neurological anomalies, like Alzheimer’s Disease, and those with trauma, like TBI.

The simpler way to respond to this question would be to base it on the benefits of the brain stimulation. Importantly, the fact that the therapy is non-invasive reduces the risks and increases the tolerability of the procedure. Therefore, NIBS using light opens another dimension in its non-invasive characteristics. The procedure becomes not only painless, but maybe even undetectable for those who undergo NIBS using light. In absence of acute sensitivities to light, or irritation by the foreign objects, most would sense only the physical pressure of the tPBM device.

Thus, the primary factors of importance of non-invasive brain stimulation using light, are the benefits that this photobiomodulation can deliver. The extent of these benefits is under the lens of a significant scientific research. A worldwide body of scientific evidence is growing to offer a better understanding of the effects of tPBM on the brain. As this new and exciting field of research is gaining momentum, so does the extent of tPBM applications and benefits. The future of non-invasive transcranial brain stimulation with light looks promising. Meanwhile, it awaits further validation and support from solid, evidence-based research. You can expect more news, as new research finds its way into reputable scientific publications.